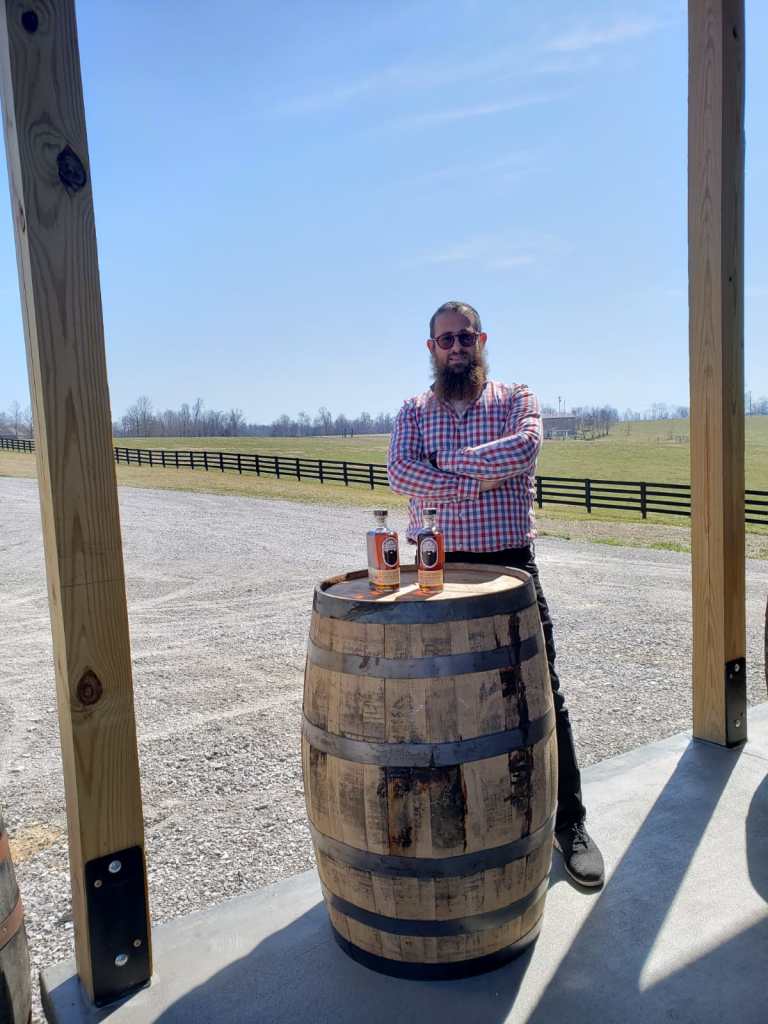 Chances are that when you think Louisville, baseball bats or bourbon are the first things that come to mind. But for locals like me who were born and bred in the city bearing the name of France’s King Louis XVI, Louisville Kentucky means home.

Surprisingly enough, Louisville’s Jewish community had three kosher slaughterhouses in 1900, but all of them closed down over the next few decades.  Despite those realities, there were four congregations here, including an Orthodox shul, which was here when the Rebbe sent my parents on shlichus in 1985, as well as a Jewish day school.   My parents wove themselves into the fabric of the local community, with my mother taking a teaching job in the day school and my father ultimately becoming the rabbi of the Orthodox shul.  But the winds of change were blowing in Louisville.  Our local Chabad and the shul eventually parted ways, with the shul selling its building and downsizing considerably, while the day school closed its doors in the mid-nineties, prompting my parents to start a school of their own.

With no Jewish high school in Kentucky, and religious education limited, I left home for yeshiva by the time I was ten or eleven.  My grandparents lived a six-hour drive away in Pittsburgh, so I stayed with them for my first educational experience outside of Louisville, going on to learn in various other yeshivas around the world.   Eventually, I got semicha, and after I got married my wife and I moved back to Louisville where we got charged with running holiday programming.

I’m guessing that you’ve never been to Louisville, so let me tell you a little about what life is like here.  Believe it or not, our local Kroger store opened up the country’s first kosher grocery section more than 25 years ago, long before chains like Albertsons, Publix, Winn Dixie or Ralph’s, which have similar departments today in bigger cities.  Those stores indeed have larger and more sophisticated kosher offerings than our Kroger, but thanks to my father’s efforts, we have cholov yisroel milk and meat with a chassidishe shechita, something we never take for granted.

With direct service to many parts of the country via air and water and relatively cheap real estate, Louisville is home to some major companies including UPS and Ford, which has been a fixture here since 1913.  There are plenty of big names in the food industry located here as well as our signature Kentucky bourbon and Louisville plays a surprisingly important role in the kosher food world, which is how we became involved in giving hashgachos.

Local distilleries looking to draw kosher consumers call on us frequently, as do major kashrus agencies who don’t want to send mashgichim down from New York or Chicago. Distillery supervision became a big part of my life, earning me the title “The Bourbon Rabbi” in a 2017 Wall Street Journal article on exotic bourbons.  By now, some of the distilleries I work with are familiar with the process and know to reject unclean trucks that were previously used for non-kosher ingredients, because they understand that I can’t put kosher products in there.  Distilleries are happy to work with me on things like that because, at the end of the day, they want kosher consumers to buy their bourbon.

Bourbon has also proven to be an excellent conversation starter.  I totally get where people who don’t know a lot about Yiddishkeit might be hesitant to come to our Chabad House for a spiritual discussion and asking them to join us for davening just isn’t going to resonate with them.  But inviting them to talk about bourbon gets them to come to us in a non-threatening way and once we get that conversation going and establish some common ground, I do my best to sneak in a d’var Torah or some tidbits about kashrus.  You probably wouldn’t believe me if I told you just how many people have become Chabad House regulars after being drawn in by authentic Kentucky bourbon, a shared interest that puts them at ease and ironically enough, paves the way for spiritual growth.

Of course, we do typical yom tov programmings like matzah bakeries, model sedarim, public Pesach Sedarim, sit-down Purim dinners, multiple megillah readings, and shofar factories.  We have two different sukkah mobiles that we put on the back of flatbed trucks and most people don’t bat an eyelash when they see our sukkahs, because having a trailer with a bunch of straps and leaves hanging out isn’t an uncommon sight in rural America.

People reach out to me all the time after seeing my Instagram posts to talk about bourbon, and those conversations often give me an opening to get people to put on tefillin or have them join us for Shabbos.  An article I was featured in, in the American Whiskey magazine just before Chanukah 2021 generated lots of comments, including responses from 12 or 13 of my fellow Kentucky yidden and I followed up with them at the Chabad House, in their offices, or at our public menorah lighting.  Without fail, every single one of them either put on tefillin, lit the menorah, or both. Isn’t it amazing how a shared interest in bourbon can make mitzvos happen?

It must have been a few weeks before Chanukah about six years ago, when a guy came up to my father and brother in law, the Shliach in the next town over, and asked, “what is this, a yarmulka convention?” when he saw them walking in Louisville’s downtown entertainment district, known as the 4th Street Live! After they shared a laugh and as they got to talking, they found out that his father had been the president of the Orthodox shul for several years and that he actually worked at 4th Street.

You have to understand that 4th Street is one of Louisville’s biggest hotspots, with restaurants, shops, entertainment, and events. It is the Time Square of Kentucky. I had been dying to find a way to have our Chanukah lighting take place on its large concert stage. The problem I faced is never quite knowing exactly who the right connection was.  Figuring I had nothing to lose, I asked him if he could maybe help us out. Miraculously he had the "hook-ups" we had been so desperate for. Baruch Hashem, access was granted to the stage’s giant screen and speaker system, and we have been doing our public menorah lighting there every year since that encounter.

This past Chanukah was really special, with Kentucky's Lieutenant Governor, Jacqueline Coleman, lighting our 20-foot high menorah on the 4th Street stage. Being up there with her and my father in a scissor lift, with a video of the Rebbe behind them on a giant screen, known as a Jumbotron, was an incredible pirsumei nisa moment, one that was shared locally by hundreds of people, and online by an audience that numbered in the thousands.

Being able to have someone for a Pesach seder is always an incredible experience but getting Nissim, an Israeli guy we met at the mall, to join us was no easy task. He simply wasn't interested. When he finally relented and decided to come to the seder, we asked him to tell us what he remembered seeing at his grandfather’s house on Pesach as a kid.   He shared memories of a sheep on the table that was almost completely whole and they would eat it as a remembrance of the korban Pesach.  We gave Nissim the nickname Keves, the Hebrew word for a sheep, at that seder, a name that stuck for the next 10 years until he moved to Florida.  From that seder came 10 years of involvement with Torah Judaism. Reflecting on that story, it's hard not to be inspired by the idea that a seemingly random meeting at the mall turned into a long-term relationship with us, one that had lasting effects.

Kentucky is not Boro Park. The reactions we get when people see us can be very entertaining.    One time, a woman came over to me in a Walmart parking lot and asked me if I was Jewish and when I replied in the affirmative, she insisted that I had to be a vegetarian. Of course, all Jews are vegetarians, right? Another time, someone came up to me in a mall and asked me if I was Jewish and I laughingly replied, “I’m sorry, that’s my line!” He told me he hadn’t seen a Jew since his college days and you can bet that he had put on tefillin before we went our separate ways. It’s funny, how the mere sight of an Orthodox Jew walking through the mall of Kentucky garners more notice than a flatbed trailer, covered in leaves (our sukkah).

I think the most important thing to remember about being on shlichus is that you can spend an hour with someone and never really know how it might change their life somewhere down the road.  One guy we met a while back told me that he started attending a Conservative synagogue after attending one of my father’s JCC matzah bakeries in 1987 and he recently started coming to our Chabad House as well. When we do small events, it's easy to think it made very little impression. It just goes to show you that 40 minutes of mixing flour and water can be transformative, although it might take years to see the results.

Straight bourbon whiskey has to be aged for a minimum of two years, and bottled-in-bond must be aged for at least four years. Sometimes it is years before the results are noticeable, you just need the right ingredients to get started.

Rabbi Chaim Litvin was born and raised in Louisville, Kentucky. He now serves the Jewish community in his hometown with his wife and their six children, He travels to communities worldwide to lead tastings and lectures on bourbon and how Judaism relates to it.

Taking the Sin Out of Sin City

St Lucia has a small population of about 180,000, and only a fraction of that is

Revitalizing the Shtetls of Argentina

Starting a Community From Scratch

Miles and Miles of Shlichus

Rabbi Mordechai and Sorale Rodal of Norwood, Johannesburg, SAI had been to South

I closed my eyes and asked G-d for a sign

Rabbi Mendel and Esther Lifshitz & Family of Boise, IdahoOur shlichus is not