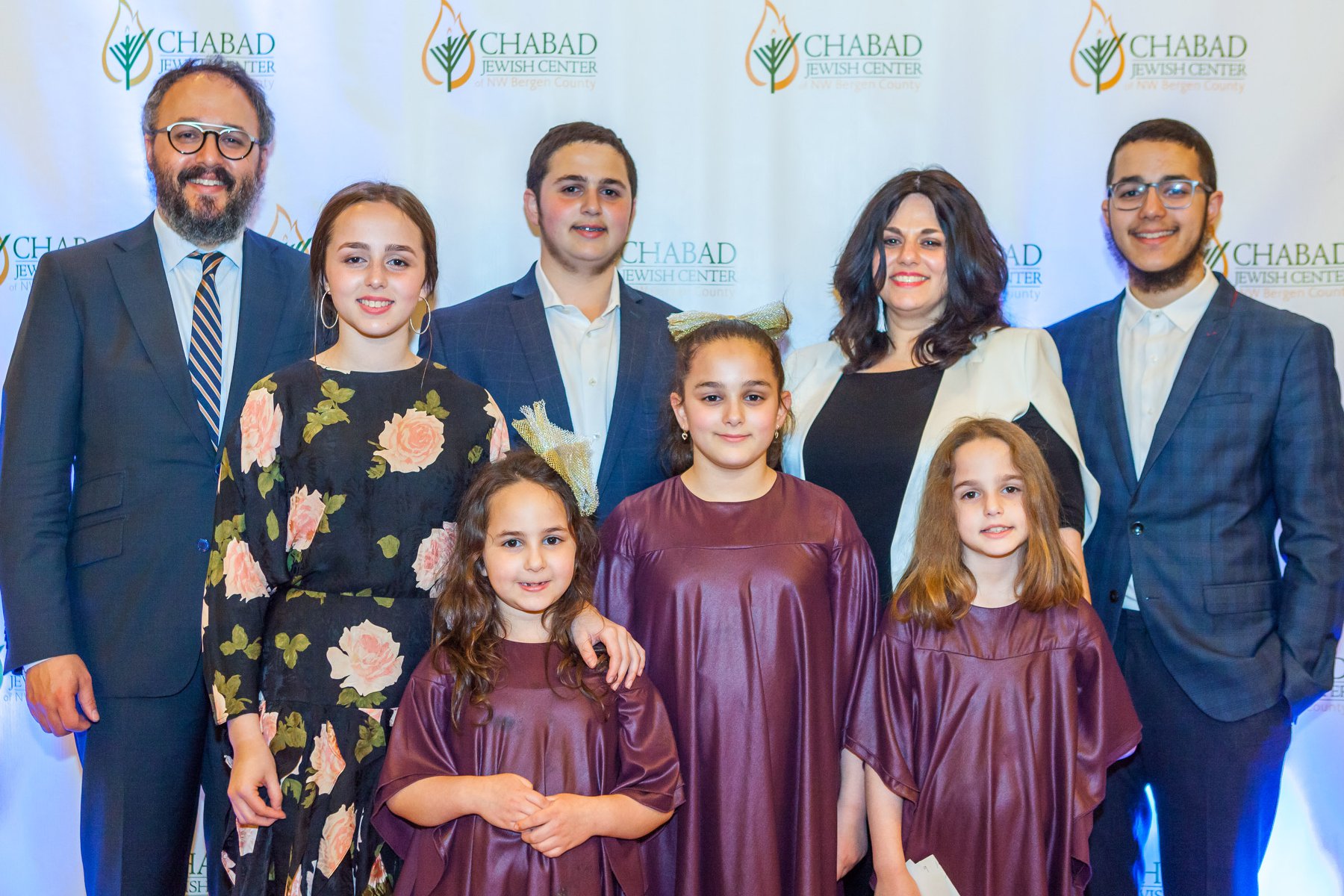 Our Own Little Corner of New Jersey

We started 23 years ago with nothing but a pipe dream and the determination to enhance the Yiddishkeit of Jews in Franklin Lakes and neighboring towns. Although we’re just a thirty-minute-drive away from numerous large and active frum communities, Franklin Lakes was an isolated, quiet corner of Bergen County with no authentic Yiddishkeit, the perfect place for Jewish people to blend into anonymity. Geographically, it was close, yet spiritually, it felt as distant from Yiddishkeit as an Iowa cornfield.

Over the years, we’ve combated the apathy and built up a beautiful and thriving community, continuously growing in its commitment to Torah and Yiddishkeit. Close to 50 people put on tefillin and daven daily, there’s a strong and thriving Shabbos and Yom Tov minyan, multiple weekly shiurim for adults and teens, weekly programming for children of all ages, teens, women, the special-needs community, families of Russian background, and a Hebrew School with close to 100 students. There are also an assortment of regular programs and events, including a women’s mega Challah bake each year, which attracts over 200 women, and public Menorah lightings at five town halls, which attract over 1000 Jews each Chanukah.

Brad’s sister-in-law, Aimee, called to say he was engaged to a non-Jewish girl. Aimee had told me a few times that her brother-in-law was getting older and was quite serious about finding someone to marry. Brad’s mother was Israeli, but he’d been raised out in the boondocks, alongside just one Jewish friend and minimal Jewish exposure.

I didn’t know Brad, but didn’t need much convincing to meet with him, even though the marriage seemed like a done deal.

I gave him my most impassioned sales pitch, explaining where we come from, where we’re going, and what this would mean for his and his family, for all eternity. He was polite and asked many questions.

About two months later, his sister informed me that, after what I shared with him, he’d decided to break off the engagement.

I received affirmation of my efforts when, a year later, I learned that - in what seemed to be the most “random” of circumstances - he’d met and gotten close to a local community member’s sister.

I had the great pleasure of officiating at their marriage, and today, they and their two beautiful Jewish children are part of our wonderful Franklin Lakes community.

Steve* was 38 years old. He had a beautiful family, great friends, and a very successful career on Wall Street - but his brand spanking new “beemer” was collecting dust in his garage. He hadn’t been able to drive it for two years, ever since a sudden onset of severe headaches and constant nausea left him sprawled on his office floor a half dozen times. Even being chauffeured to and from his office, where he’d work from a bed he kept there, did little to alleviate his suffering. He’d been to the most prestigious hospitals and medical centers in the US, but the illness persisted, only worsening over time.

Finally, Steve’s boss had enough; they gave him a three-month furlough. If he got better during that time, he was welcome back to his position; if not, his career was over.

At home, Steve and his wife Brigitte began to plan for an early retirement on the coast, near her parents. But he was miserable. Day after day, he shuffled around his house, miserable, unable to even read, and barely able to focus or sit in a chair for mere minutes.

One day, during one of my short visits with Steve, I explained the Jewish concept of a parallel spiritual reality, from which all corporeality flows.

“If you could plug the spiritual root of your illness, the physical manifestation might be eliminated as well,” I explained. I suggested he purchase tefillin and make a commitment to don them daily.

Without a moment’s hesitation, he agreed. I was surprised by his eagerness, but he explained that, even though so many people were trying to help him and his family through medical research or bringing them meals, he’d still always felt helpless - but putting on tefillin was something he could do to help himself. I proceeded to show Steve how to wrap tefillin and left them at his house on loan while I ordered his pair.

That week, Brigitte requested that Steve be retested for a minor issue that had been ruled out two years prior. Within days - even before Steve’s tefillin had arrived in the mail, and after two years of suffering and misery - the same test that had earlier been negative (twice!) now came back positive. It was a simple issue that required a short procedure, after which Steve was as good as new.

Steve doesn’t doubt for a moment that it was the tefillin that saved his life. It’s crossed my mind more than once that, perhaps, the first test was indeed correct - but the tefillin altered physiological reality, channeling a gravely serious disease away.

“Can anyone help me put on tefillin?” asked the stranger who’d just walked into the Chabad House.

“What inspired you to put on tefillin today?” I asked in curiosity.

“Well, I’m a doctor. A few months ago, I had a patient with a complicated case, and I had to inform the family that there was nothing more I could do.

“‘Yes, there is,’ the patient’s daughter told me. ‘You can put on tefillin, for my father’s recovery.’

“I didn’t know what to do. I was extremely busy and had a long list of other critical patients to see. But I wanted to support this family and help them, if I could. I promised my patient’s daughter that I’d try to lay tefillin another time.

“A week ago, that patient passed away. It made me remember my promise to his daughter. So, here I am.”

I don’t know how he found us, but the woman who’d asked him to lay tefillin… was my mother!

Traffic on Route 208 is nothing unusual, but on this stormy summer evening, the pileup was due to a severe accident that occurred just feet in front of my wife’s car. My wife watched the driver of the wrecked car, a Satmar chassid, jump out and run to the side of the road. My wife offered him shelter from the rain. He was shaking uncontrollably and experiencing trouble breathing. She called me and told me to come right away, with a dry pair of clothes.

I packed a bag, grabbed my two youngest, already dressed in pajamas, and drove towards the accident. I was stopped by a police officer, who wanted to know where I was going.

“My brother was in the accident,” I explained. The officer let me pass.

“Was your brother really in the accident?” my daughter asked.

“Every Yid is my brother,” I answered her firmly.

The young chassid was nervous and anxious, so I volunteered to accompany him in the ambulance. He mentioned he was in the year of aveilus for his mother, and hadn’t missed a kaddish yet, but the time for Maariv was drifting away. A glance at my watch told me it was now 11:30 p.m.. It would be difficult, but hopefully not impossible, to get him a minyan.

I contacted Rabbi Kamiker, a shliach in the area, and he promised to try his best. Somehow he pulled together a motley crew of seven men, and we helped this random Jew honor his mother with a minyan at 12:30 a.m.!

That midnight minyan in the hospital, composed of Jews from every walk of life, led by a Satmar chassid, epitomized the unity of all Yidden.

After he was discharged, I drove him to the autobody shop where his car had been towed to retrieve his belongings. From there, I drove him home to Monroe, NY and finally concluded my odyssey just as the new day was breaking.

We held a special Kiddush to honor Holocaust survivor Henry Poller and to celebrate the 73rd anniversary of his liberation from the Bergen-Belsen concentration camp. He was 97 years old, and it was a traumatic and emotional day for him. He was called upon to speak, but he was unable to muster the energy, and his daughter spoke in his stead. Everyone was riveted as she shared the dramatic story of his survival. His daughter concluded the story by sharing that Henry’s only regret was that he never had the opportunity to say “thank you” to his liberators.

Later, when almost everyone had left, Mr. Poller seemed to drift into sleep. We soon realized that he was, in fact, unresponsive. Emergency services were called, and though he soon regained consciousness and seemed to be doing much better, he was taken to the hospital.

The medic noticed the numbers on his arm and asked him where they were from. Mr. Poller shared that he’d been an inmate in three concentration camps, including Auschwitz, where he was branded, and that he was ultimately liberated from Bergen-Belsen.

The medic, no youngster himself, explained that, as a member of the British Army, he’d actually been stationed at Bergen-Belsen at some point in the 1960s. His father, who’d served during WWII, was one of the soldiers who’d liberated the concentration camp!

What a surprise and treat it was for Mr. Poller to meet the son of one of his liberators on the very day he was celebrating his liberation. He finally got to conclude his journey by saying “thank you,” something he’d waited to do for over 70 years! It was as if the heavens themselves decided to honor Mr. Poller that Shabbos.

A Russian family asked me to prepare their son for his bar mitzvah. When I asked the parents for his Hebrew name, they said, “Menachem Mendel.” I assumed he was named for a grandfather, but they said, "No. He's named after the Lubavitcher Rebbe."

Considering their negligible knowledge and involvement in Yiddishkeit - the son had never even heard of Torah or Shabbos - I was a bit shocked, to say the least.

When I pressed them, the mother explained that, when she first became pregnant, the doctor advised her to terminate the pregnancy since the ultrasound indicated enlarged ventricles in the brain of the fetus, which would likely result in death in-utero. In the event the fetus did survive, it would likely be afflicted by severe genetic disorders. She begged her husband for a second opinion, but he was terrified of an ill child and pressured her to terminate the pregnancy. Analysis of the fetus later indicated that there were no genetic abnormalities at all.

A year later, the woman became pregnant again and, once again, the ultrasound indicated enlarged ventricles. This time, they consulted a doctor for a second opinion, who told them that it may be a non-life-threatening condition.

They were confused and didn’t know what to do. Her mother advised them to visit the Ohel of the Rebbe. When they arrived, someone helped her compose her letter and accompanied her to the Rebbe’s tziyun. When they were finished, he suggested she open a volume of Igros Kodesh for inspiration. She opened a letter at random, and the kind stranger translated it for her: The child will be healthy, and you will have more healthy children as well.

Two weeks later, they returned to the doctor for another ultrasound. To the doctor’s astonishment, the condition had disappeared and the ventricles were deemed within normal range. The parents were still advised that it was likely he wouldn’t be of great intelligence.

Needless to say, the baby (and his subsequent two siblings) was born perfectly healthy. He actually rates “genius” on aptitude and intelligence tests. In gratitude for this miracle, the mother decided to name him Menachem Mendel.